Audiobooks Read by Celebrities Can Make the Books Even More Appealing.

“Doing audiobooks is kind of an actor’s dream because you get to play all the parts.” Michael Beck

I am a big fan of audiobooks.  I have to admit, however, that listening to one read by a celebrity I like would increase the appeal.  Here are some audiobooks read by performers that get rave reviews. 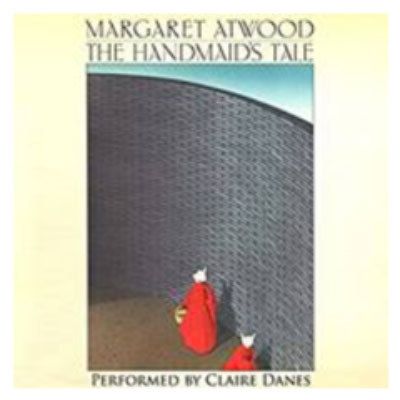 The Handmaid’s Tale by Margaret Atwood is narrated by Claire Danes who, according to one review “crushed the narration so hard that I am sad she won’t be playing Offred in the series”.

Slouching Towards Bethlehem by Joan Didion is read by Diane Keaton.  This is Joan Didion’s first published work of nonfiction, in 1968, and is considered a masterpiece by many.  Keaton gets rave reviews for outstanding reading that preserves Didion’s particular style.

Call Me By Your Name by André Aciman is read actor Armie Hammer.  The love story between 17-year-old Elio and Oliver, a graduate student, comes alive when read aloud by Armie Hammer with his deep voice. Hammer played Oliver in the movie based on the book.

The Brief Wondrous Life of Oscar Wao by Junot Diaz is narrated by Lin-Manuel Miranda and Karen Olivo.  We know about Lin-Manuel and what a treasure he is, and Karen Olivo has won awards for her performances onstage, so it’s a book with a powerhouse of talent.

Scarlett Johansson narrates Alice’s Adventures in Wonderland by Lewis Carroll.  Her ability to use unusual character voices is perfect for this book and makes it really fun.

Heartburn by Nora Ephron is such a fabulous book, and to add Meryl Streep to that is amazing.

I read The Adventures of Tom Sawyer when I was younger, but I didn’t love it.  Reviews of actor Nick Offerman reading this book are so fabulous I might have to listen to it.

I never finished The Odyssey but now that Sir Ian McKellen has narrated it I am signing up! It is a great way to market a true classic that might be a difficult read.

Anna Karenina is narrated by Maggie Gyllenhaal and that was a brilliant choice because she is so intelligent.  She tackled the 1,400 page classic and reviews say she brings this classic to life.

A Portrait of the Artist as a Young Man by James Joyce is narrated by Colin Farrell.  Farrell, who is from Dublin, brings a moving, authentic performance to this coming of age in Ireland classic.

Sometimes the celebrity narrating a book is also the author of the book.  Jane Fonda narrates her book My Life So Far.  It is a very honest and sometimes surprising story about her life’s journey.  Available from Penguin.

This just in from ASE reader David B. – Tom Hanks narrates The Dutch House by Ann Patchett and David says he gives a terrific performance.  Who doesn’t love Tom Hanks?

We’re big fans of creators Karah Priess and Emma Roberts from Belletrist. They describe themselves as “A community for the curious that celebrates great books, the authors with whom write them, and the people who so lovingly read them.” We follow them on Instagram and are regularly enticed by their enthusiasm, author interviews and book choices. Recently, Emma has narrated the novel Animal by Lisa Taddeo.

Where to find these audiobooks?

Amazon owns Audible, and they dominate the audiobook market.  Audible offers discounts and often free trials so be on the lookout.  When you purchase a single book from Audible, the price is similar to the hard copy, $15+.  I buy 24 Audible book credits at a time for $229.50 – that is just over $9.50 per book.  You also get three Audible Originals each month and you can exchange any audiobook you don’t like.

Apple sells downloadable audio books and Apple Books has partnered with Oprah and her book club.  If you use Apple products, they make it easy to buy and listen to books, but the titles tend to cost $15+.  Apple Books.

Thank you so much. Audible books get us out to exercise more, providing physical and intellectual fresh air.

Michelle Obama narrates her book Becoming Michelle Obama. My book group buddies who listened instead of reading said she was wonderful.

THE DUTCH HOUSE read by Tom Hanks is a masterpiece. I hated to have it end.